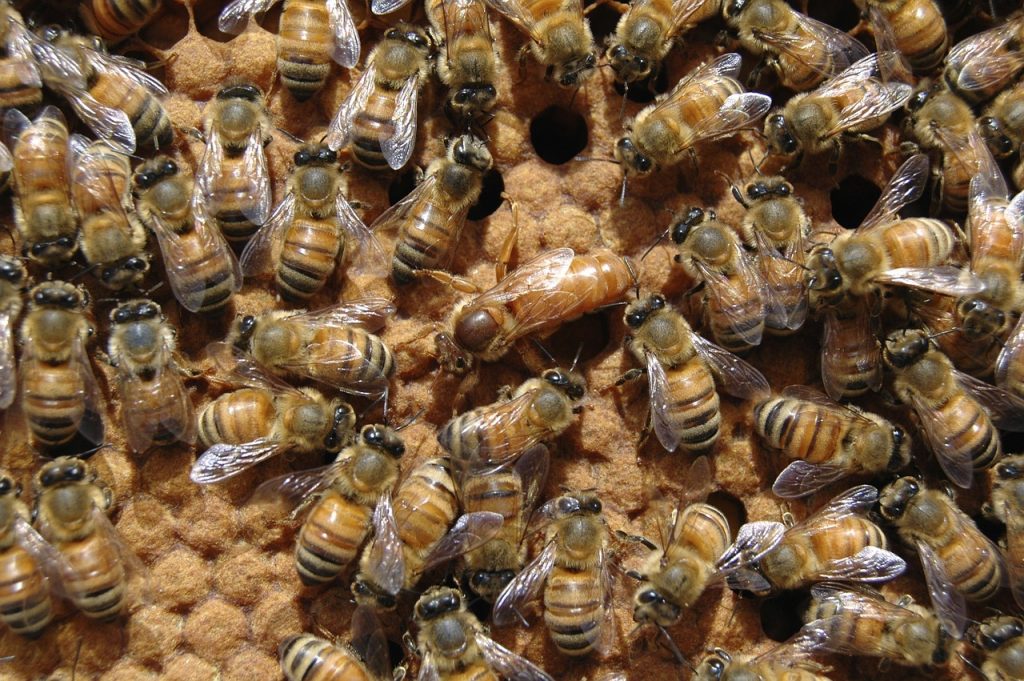 When we think “queen bee,” we often think of the one in charge or the boss of a situation. And although this term is used pretty often in pop culture, it’s actually not quite the truth. The queen bee is a unique and extremely important member of the beehive. But she isn’t really in charge at all!

The queen bee is truly fascinating and we’re excited to share some of our favorite facts about this special bee. Did you know that a queen can lay up to 1,500 eggs a day? And that’s not even the most exciting thing about the queen bee!

3 Fun Facts About the Queen Bee

The queen bee is the largest bee in the colony. Her abdomen is long compared to the drones and worker bees because it contains ovaries that allow her to accomplish her most important job. Young queens look much like worker bees. However, as the queen ages, her abdomen will grow in preparation for her new role.

In the springtime when the colony is preparing to swarm, queens will shrink in size. Usually, worker bees will feed the queen to keep her healthy and strong for her egg-laying duties. However, prior to swarming, the worker bees will begin to feed her less.

Why? Because this is one of the very few times that the queen will need to take flight. In fact, the typical queen honey bee will only leave the hive to mate and swarm. Her decreased bodyweight will help make the flight to a new hive easier and safer for the queen.

Queen bees fight for their roles.

Typically, worker bees don’t make just one queen. They usually make more than one in order to increase the odds of raising a healthy queen bee. But, there can only be one queen. Rival queen bees will fight each other until only one remains. Queen bees use their smooth stingers to kill their rivals.

The good news for us is that queens almost never sting humans. The primary reason is that they rarely leave the hive and so they don’t come in contact with humans very often. Another interesting fact is that worker bees (whose job it is to protect the colony) have barbed stingers. This feature allows the stinger to stick securely inside our skin, letting the bee release the stinger and venom into its victim.

Queen bees are recognized by their hive mates.

Queen bees release pheromones which are unique odors that help bees communicate. The queen will release her pheromones throughout the colony so that the workers can recognize her and communicate with her.

Much of what happens in the hive is controlled by pheromones. As a queen bee ages, she begins to release fewer pheromones and produce fewer eggs. Once this starts to happen, the colony will make a new queen as her replacement.

The inhabitants of beehives are so interesting due to the complex ways in which bees communicate and the unique role that each bee plays. The queen is undoubtedly special within the hive. In fact, she spends the majority of her life inside the hive laying eggs. She doesn’t even feed or clean herself – the workers do it for her!

We are fascinated by bees and love sharing our knowledge with others who are interested in learning about what goes on in their resident beehive or swarm. If you own a home or business that has a bee problem, it’s important that you contact professional technicians who use safe and humane methods of live bee removal.