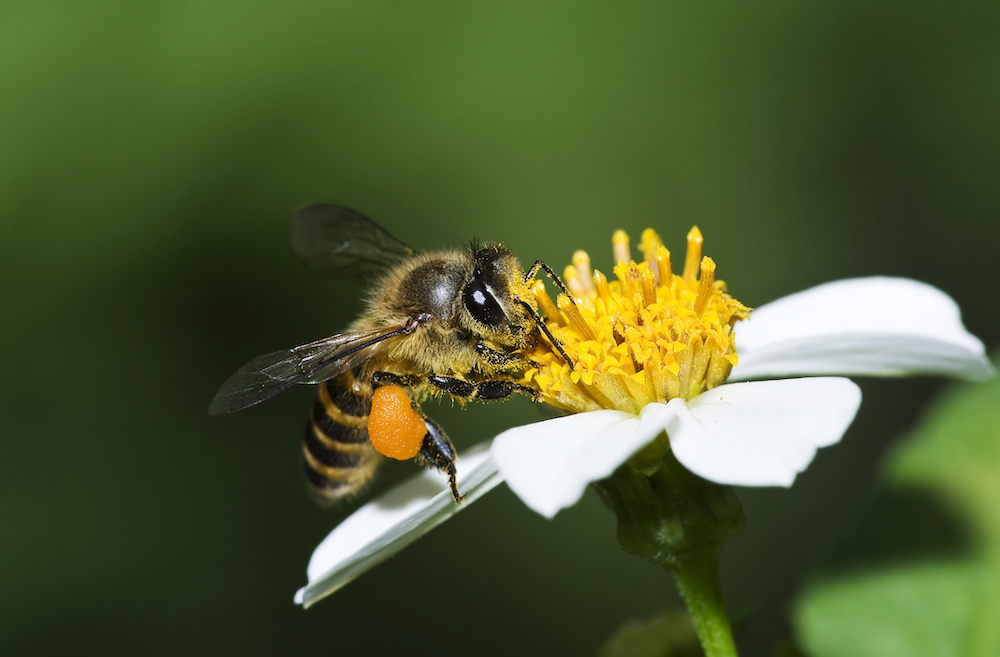 Many people are not aware that honey bees can get sick just like humans. There are a few parasitic, fungal and viral infections that can impact a honey bee colony. All beekeepers should be aware of these diseases and have an understanding of the signs and symptoms of an infestation to keep their colonies safe and thriving. Diseases that are left unchecked can cause great devastation to the colony.

In this article, we are going to highlight some of the more common diseases that honey bees can contract. One such parasite, called the varroa mite, could be a contributing factor to colony collapse disorder. For this reason, it is so important that novice beekeepers learn about infestations that could put their hives at risk. The internet will provide a ton a valuable information. Better yet, new beekeepers can benefit from finding a beekeeping mentor to help them learn about the intricacies of raising and caring for honey bees.

A common and very destructive parasite called nosema apis can decimate a honey bee colony. The nosema parasite forms spores that attack the gut of a bee when ingested. After ingestion, the spores will reproduce and impact the ability of the bee to digest and absorb pollen.

The parasite spreads when other bees inside the colony ingest the spores released in the feces of infected bees. Infection will spread rapidly during periods of time when honey bees are foraging for food and caring for the brood.

Chalkbrood is a fungal infection that can weaken a honey bee colony. A weakened colony will produce less honey and is much more susceptible to other diseases and parasitic attacks, like those of the varroa mite. The chalkbrood fungus will latch on to the larvae and release its spores. The fungus will eventually turn the brood cell white, giving it a mummified appearance.

American foulbrood is a bacterial disease that can kill colonies. American foulbrood spores are transferred from the nurse worker bees to the developing larvae during the feeding process. The spores enter the larvae causing an infection that will ultimately result in their death. Larvae infected with American foulbrood will become very dry. The cell caps may become darker in color and appear sunken in.

A common and destructive parasite known as the varroa mite can be very detrimental to a honey bee colony. Varroa mites generally reproduce on the developing brood causing them to become weakened and more susceptible to passing on viruses. Varroa mites are considered the biggest challenge to having a healthy and thriving honey bee colony.

As you can see, honey bee colonies have much more to worry about than simply foraging in preparation for the winter and caring for their brood. They have the potential to be impacted by a number of bacterial, viral and fungal infections that could cause serious damage to the colony. Beekeepers have a lot of work on their hands when it comes to evaluating their colonies and detecting any signs of disease.

By developing a deeper understanding of the variety of threats faced by our local honey bee populations, we hope that you consider choosing live bee removal when you have a bee swarm or hive on your property. It is up to us to take measures to protect our honey bees!

You can do your part by hiring a safe and humane bee removal company instead of an exterminator who will kill the bees during the removal process. If you have questions about how live bee removal works, give us a call at D-Tek Live Bee Removal today. Our expert technicians have been removing bees for over 15 years and would love the opportunity to help you remove your bees in a safe manner.