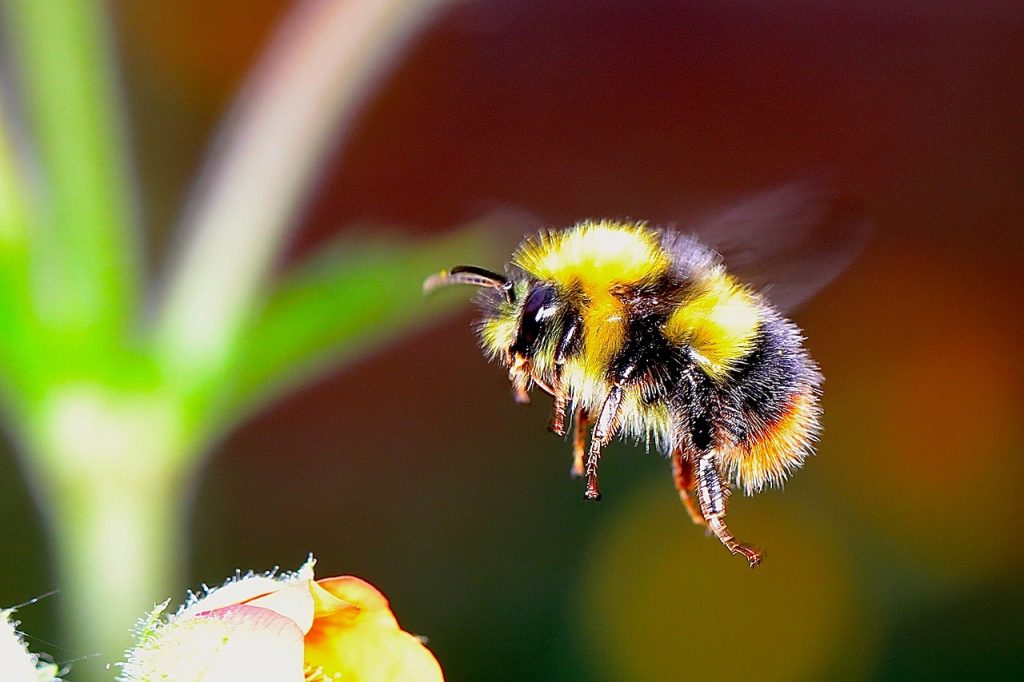 Let’s learn more about these species so you can better identify them this summer.

How to Identify Bumblebees and Carpenter Bees

There are 49 species of bumblebees living in the United States. They get their name from the noise they make when inside a flower! Bumblebees usually live in nests of about 15 to 100 bees. But they don’t make their homes in the beehives that we usually see hanging from branches or in the eaves of a roof. Bumblebees make their nests in the ground in unused holes from mammals or in other low-lying locations.

Bumblebees pollinate a variety of flowers and are specifically beneficial for tomato farmers. And although they can sting, bumblebees rarely do. But be careful – if you handle them or get too close to their nest, they can become aggressive, stinging you several times.

Bumblebees are twice as large as honeybees. They have thick black and yellow hair covering their bodies and look sort of fuzzy. When collecting pollen, they actually use the sound of their wings to transfer the pollen from the flower to their bodies and into the pollen baskets that are found on their legs. 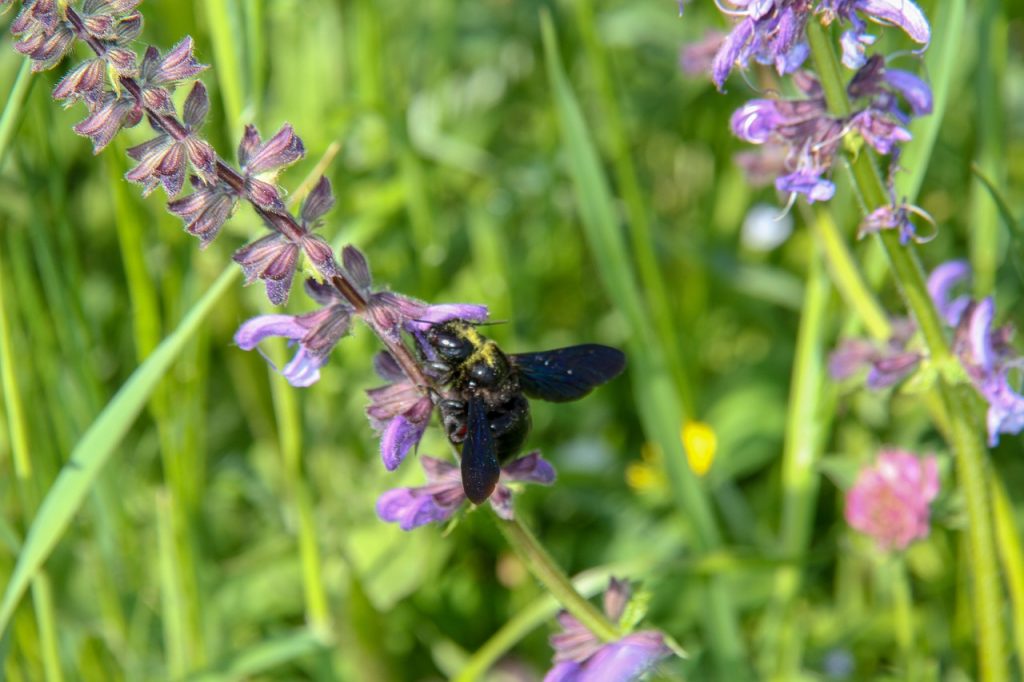 Carpenter bees are known to be docile yet destructive. These bees get their name because they make holes in wood in order to build their nests. You may commonly see these holes in dead wood and wooden structures like sheds. A telltale sign of a carpenter bee nest? A pile of sawdust under a perfectly drilled hole!

Carpenter bees also have another behavior that is not liked by many. Due to their size (they are about 1 inch in length), they cannot fit into many smaller flowers to gather nectar. But instead of moving on to larger food sources, they chew tiny holes in the side of the flowers, removing the nectar for their meal. The downside to this? They are not participating in pollination by sneaking the nectar out of the side door!

Carpenter bees look very similar to bumblebees, which is why they are often confused. They have the same thick black and yellow hair; however, carpenter bees do not have any hair on their abdomens. Instead, they have a black and shiny abdomen.

Hopefully, you can now tell the difference between a bumblebee and a carpenter bee. Although they look similar, the appearance of their abdomens is the key to telling these bees apart. Both of these species of bees are harmless unless provoked.

Call us today for a FREE quote! Our team is standing by to help you manage your bee problem safely and humanely.