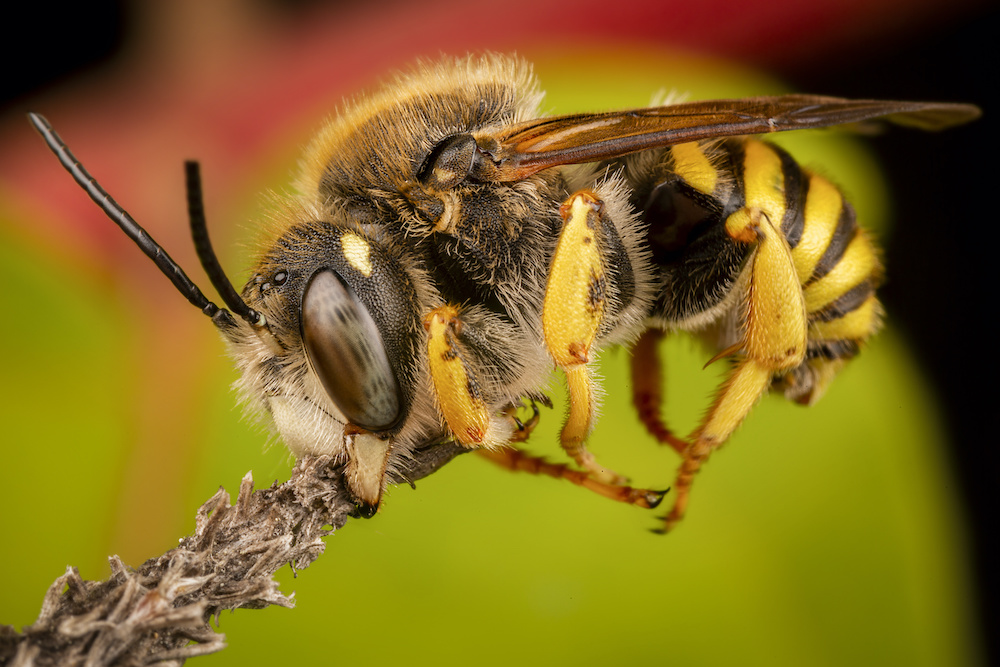 With a name like “killer bee,” this question might seem a little silly. After all, a bee that can kill is something to be afraid of!

Where Did Killer Bees Come From?

Also known as Africanized bees, killer bees are a hybrid species of an African honeybee and various European honeybee species. Back in the 1950s, Brazilian scientists were attempting to create a superior honeybee species that would yield large amounts of honey. Reports agree that they succeeded; but that’s not the end of the story. Unfortunately, several swarms of these hybrid bees escaped and spread to other parts of the world. They made their debut in the United States in the mid-1980s, and since then have been found in states including California, Texas, Florida, New Mexico, Arizona and Oklahoma.

You might be wondering “what’s the big deal?” Bees that can make more honey doesn’t sound so bad. But these bees have a few characteristics that make them different than your average honeybee.

Africanized bees, as they will come to be known, exhibit much more aggressive and defensive behavior. When disturbed, they will react more quickly and more assertively than your typical honeybee. In fact, killer bees have been reported to chase people for more than a quarter of a mile. Their more aggressive nature means that they are much more “generous” with their stings when excited.

How Do You Identify a Killer Bee?

While they may act differently, Africanized bees don’t look all that different than your average honeybee. They generally have shorter wings, but their body size and shape are very similar to the European species of the honeybee. The only surefire way to identify a killer bee is to perform a DNA test.

Most of us won’t go through that step, but perhaps the best way to tell if a bee is Africanized is by its behavior. Some common characteristics of an Africanized bee include:

Are They More Dangerous Than Regular Bees?

While all of this sounds pretty scary, are killer bees really more dangerous than the typical honeybees we are used to seeing in our backyards? The answer is yes and no. As we mentioned, Africanized bees are more aggressive, defensive and likely to attack in larger numbers. They have a short fuse, becoming more aggressive with less provocation.

However, killer bees do not have “super stingers” or potent venom. They have the same stingers and type and amount of venom than other bees. So, the characteristic that makes them “killer” is really just their attitude!

What Should You Do If You Encounter a Killer Bee?

Just like other honeybees, Africanized honeybees generally do not attack unless they are provoked. The same rules for avoiding bee stings apply to killer bees.

If you are stung by a killer bee, chances are that you’ve been stung by more than one killer bee. Any time you receive multiple bee stings it is advised that you seek medical attention. There is the chance for an allergic reaction that could require medication.

To answer the question “should you be afraid of killer bees,” we probably don’t need to walk around, looking over our shoulders for killer bees. If you live in a state where killer bees are active, you may want to be more aware of bee behavior. However, the rule of thumb is the same for any kind of honeybee. If you give them their distance and the respect they deserve, they won’t give you a problem!