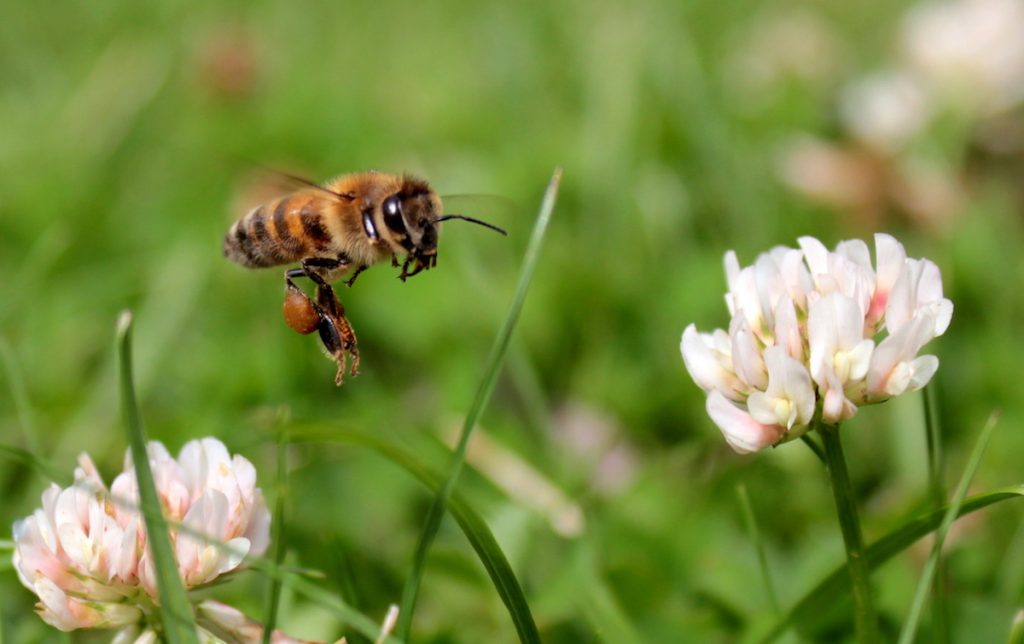 A couple of months back, we told you about the origin of two of our favorite bee-related sayings: The Bee’s Knees and Busy as a Bee. If you haven’t read it, check it out! “The Bee’s Knees,” in particular, has a fascinating history, gaining in popularity with the Flappers of the 1920s. During that time, they loved using playful phrases that involved animals.

Have you ever heard of something being the cat’s pajamas? Or how about the eel’s ankles?

In this post, we are going to share the history of a few more bee sayings that you probably hear pretty often: Put the Bee On, Make a Bee Line For and Mind Your Own Beeswax. Let’s get into it!

Put the Bee On

“Put the bee on” is probably less commonly used today than the two other phrases discussed here, but it still has an interesting origin story. Putting the bee on someone means that you are asking them for money. Usually, it refers to putting pressure on someone to give you money in a rather aggressive fashion.

The phrase dates back to the 1940s, when American frontier communities would hold bees to help pay their preachers. “Bees” were gatherings where community members would assist other community members in a variety of ways. Sometimes bees involved raising money, while other times, they were held to help neighbors with farming tasks or even quilting.

Communities would hold a bee to raise money and collect food and other items for the preachers. If a community member didn’t donate, they would be pressured by the bee organizers to give. Thus, putting the bee on someone means pressuring another person to donate money to a person or cause.

Make a Bee Line For

To “make a bee line for” something means that you take the shortest, most direct route between two points. The origin of this phrase appears to be the thought that bees know precisely how to get back to the hive after collecting nectar and pollen. Others agree that it refers to the “flight path” of the bee, but they believe that it is really in reference to the route from the hive to the nectar.

Either way, honey bees communicate the location of the nectar source through their famous waggle dance. The dance tells the other bees the exact direction and distance of their valuable food source. Bees also use the sun and the curvature of the earth to aid in navigation. The way they get from Point A to Point B is truly an amazing feat!

Mind Your Own Beeswax

While this seems to be the accepted origin of the phrase, other theories have a large following. Some say that in the 1700s, women suffering from pockmarks would use beeswax to even out their complexions. If someone got too close to their faces, they might say “mind your own beeswax” to stop people from staring.

If these women got too close to the fire, the beeswax would melt off their faces, prompting others to warn them to “mind their own beeswax.” Although this theory makes some sense due to the popularity of beeswax in many cosmetics products today, it is untrue. The consensus is that the phrase is just a feisty way of telling someone to butt out!

The honey bee has played a vital role in the success of human civilization for centuries. Their pollination efforts help us produce many of the foods we eat today. Without them, our food supply would likely look very different than it does right now. Plus, we wouldn’t have delicious local honey to add to our foods and use in our skincare and health routines.

To learn more about the importance of honey bees, check out this blog post about Colony Collapse Disorder.

Honey bees are so important that it’s no wonder that they figure prominently in the English language. If you pay attention, you can find references to bees everywhere you go! What’s your favorite bee-related saying, phrase or reference?