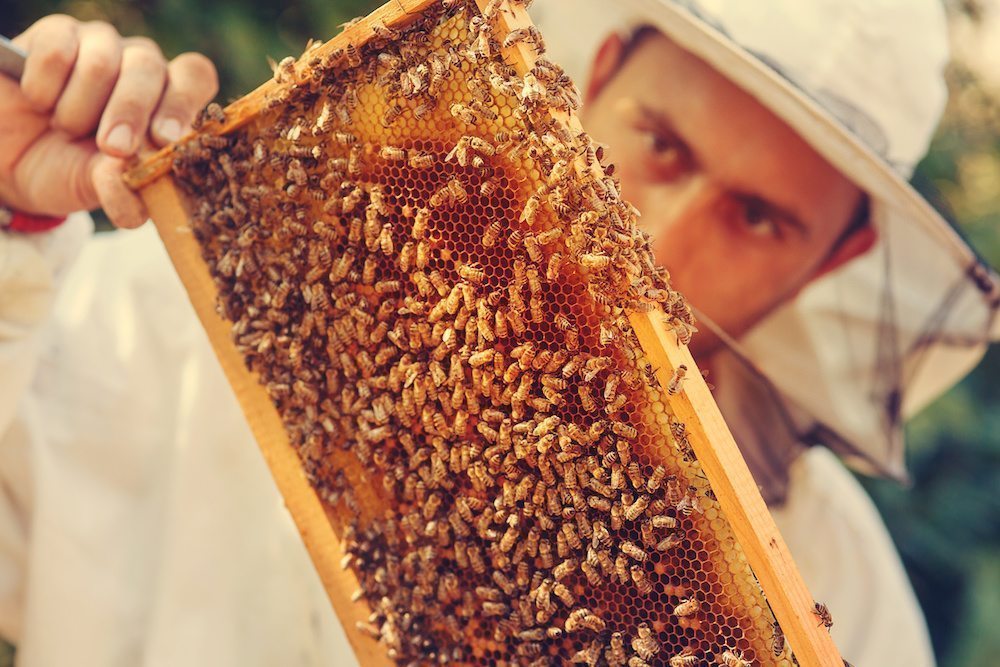 Honey is a popular product that can be used in food and skincare alike. Many people love to buy honey to have in their tea or even to spread over their toast – but do you know what exactly honey is and how it is created? Many don’t, and that’s only natural. It makes sense to be more focused on how tasty something is rather than analyzing every stage in its creation.

With that said, let’s take some time and look at honey and how it makes its way from bees to our tables!

What is honey made out of?

Honey is a thick liquid that is amber or gold in color. It is produced by bees and is created from nectar extracted from flowering plants. This nectar is generally taken when bees are pollinating flowers and other plants. Many people don’t know this, but bees actually have long tongues that are tube-shaped in nature. Think of a small straw, and you can easily imagine how nectar makes its way from flowers to a beehive. Bees have an additional stomach called a crop, and it is here that nectar is stored as they make their way from flower to flower and, ultimately, back to their colony.

How is honey made?

Once bees bring nectar back to their hive, they send the nectar to be placed in a honeycomb. This is done by transferring the liquid from bee to bee until they reach the honeycomb in question. Note that at this point, the nectar does not resemble the honey that you’re accustomed to using. It has an abundance of water, for example, that must be removed before honey is formed. This is done by the bees fanning the honeycombs using their wings, an act that tends to speed up the evaporation process. Once much of the water has been removed, the honeycomb is sealed with beeswax and can be stored fairly indefinitely.

Honey has long been a favorite staple of human’s diet. This was especially true before sugar became a widely available product in the 1500s. Prior to that time, honey was used as the main sweetener and was produced in places like Sicily and ancient Greece. It is interesting to note that the taste, color, texture, and aroma of honey can vary sharply depending upon the flower from which it is harvested.

You can always consider trying different varieties to try out the differences for yourself!