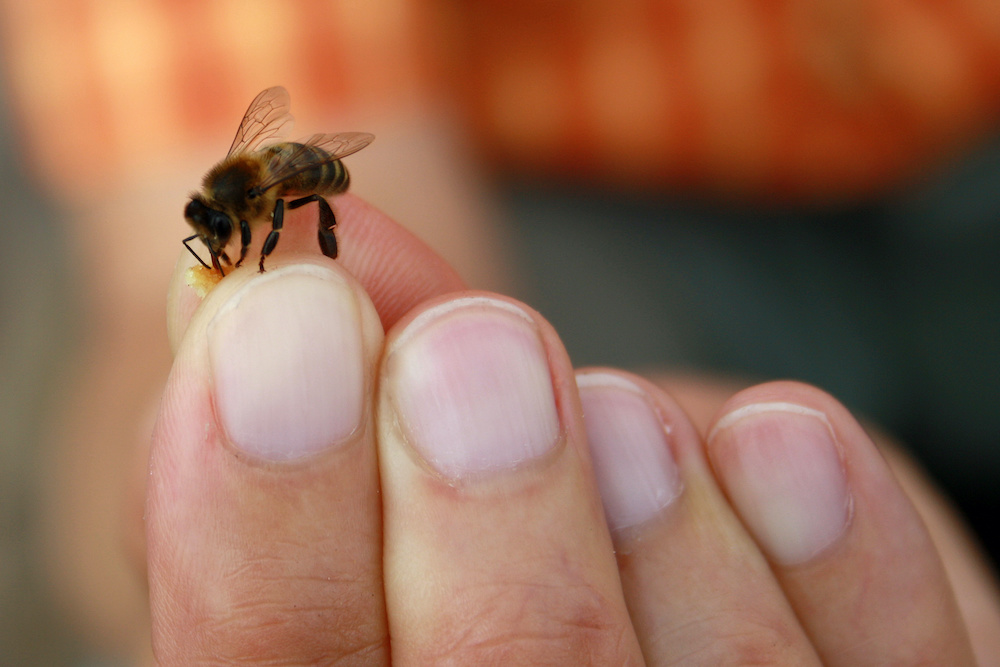 We would venture to say that there are not many people around who enjoy the idea of a bee sting. While they can be merely painful, stings can be dangerous for those who are allergic. Many people are deathly afraid of bee stings, even if they don’t know very much about them, or about bees in general.

Many San Diego area residents and business owners contact us because they have a bee concern, such as a swarm or a hive. Not only can these be found in inconvenient locations, they can leave people feeling afraid to venture out of their home or business.

Bee stings shouldn’t be taken lightly. However, they are relatively rare and for most people, simply a bit uncomfortable, not dangerous. Let’s learn a little more about bee stings by sharing 5 fast facts that you should know.

At certain times of the year, there are bees buzzing all around us. How often have you gotten stung? The answer is probably not very many, if at all.

Bees are not offensive, meaning they do not attack without cause. Instead, they are defensive and will only become aggressive if provoked or if they feel threatened. For the most part, bees want to mind their own business and do their work. They are not very interested in us unless we pose a danger.

So, the next time you see a bee, it is best to just leave it alone!

It might surprise you to know that there are many species of bees that are unable to sting. Male bees do not sting and therefore do not pose much of a threat to humans. Before you become fearful at the sight of a bee, know that many bees are not event capable of giving you a painful poke.

Some bees will die after stinging you.

Worker honey bees have barbed stingers. When they insert the stinger into the skin of a human or other animal, the barbs get stuck and prevent the stinger from coming out easily. It tears from the body of the honey bee, causing it to die. This is why worker bees cannot sting you multiple times.

Some species of bees, such as bumblebees, have smooth stingers. They are able to sting multiple times and live after stinging a human or other animal because the stinger does not get stuck in the body of the victim.

Some bee stings are more painful than others.

A typical bee sting may become painful for a few minutes, and result in some throbbing, redness, heat and itching. The stings from certain species of bees are not as bad as others. Bee stings are relatively easier to handle than the sting of wasps. Wasps have a different type of venom that can produce a different reaction in some people.

Most adults can withstand many bee stings.

Research tells us that an average adult could be stung over 1,000 times and still survive. This situation is rare due to the behavior of bees. However, there have been reports in the news in which people have received hundreds of bee stings after aggravating a bee colony or swarm. People with an allergy to bee venom would not be able to withstand this many stings. If you do have a bee allergy, it is important that you keep your distance from bees, and especially take care not to aggravate them in any way.

Most people will experience a bee sting at least once in their lifetime, but it is not something that you should be overly concerned about. Unless, of course, you know that you have an allergy to bee venom. As relatively docile creatures, honey bees don’t want to bother with you. They will only become aggressive if they are aggravated or if they believe that the queen or their hive is being threatened. If you avoid those situations, you shouldn’t have to worry much about bee stings.

If you do receive a bee sting, know that it may hurt for a few minutes but the pain will go away quickly. Applying ice to the sting can reduce swelling and pain. Other than that, the symptoms should go away relatively quickly.

San Diego area residents and business owners call D-Tek Live Bee Removal when they have a large swarm or hive on their property. Swarms and hives can become aggressive when aggravated, so never attempt to remove bees on your own.

Instead, call in the experts in live bee removal to perform a safe and humane bee removal service. By using professional bee technicians, you can prevent the risk of bee stings and keep you and your family safe.