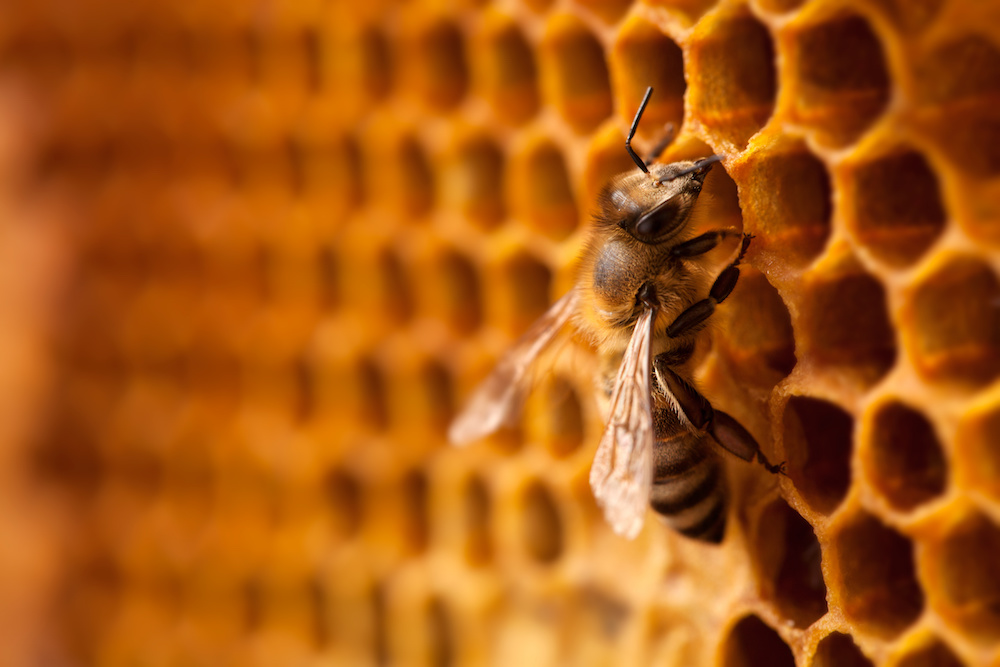 Do you know your honey bee trivia?

Honey bees are some of the most fascinating creatures on the planet. From their intricate hive lives to their valuable roles in our ecosystem, you can always learn something new and amazing about the honey bee. Here is some interesting honey bee trivia that you might not know!

7 Things You Should Know About Honey Bees

Colonies can be big…. very big.

There is a lot that needs to get done in a honey bee colony. In fact, from the moment they become adult bees, honey bees start working. Every bee has a specific role that is integral to the success of the hive. Some of the primary jobs of honey bees include:

We just mentioned the many jobs of honey bees, but we haven’t mentioned the queen bee yet. The queen has the important job of producing more bees so the hive can continue to thrive. You might think that the queen just rules over her hive, being waited on hand and foot. The truth is that the queen lays about 2,000 eggs every day until she dies. We’d say she keeps pretty busy!

Worker bees can visit thousands of flowers in a day.

Honey bees need to visit about 2 million flowers to make just one pound of honey. That means that the average worker bee will visit between 50 and 100 flowers on each foraging trip before heading back to the hive. A worker bee will go back and forth between the hive and a food source, meaning that a worker bee can visit 2,000 flowers over the course of a day.

Every honey bee in the hive has a role to play. Unfortunately for the male honey bees, they don’t have much to offer besides eating and mating. Once they mate, they die. And for those who survive the busy season without mating or dying in some other way, they will eventually be kicked out of the hive. Why? Because drones don’t contribute to the hive by providing nectar or pollen, they are removed to conserve the hive’s resources during the winter months.

Honey bees can communicate by dancing.

Honeycomb is made up of a series of intricate, perfect hexagons that are used to store honey and house larvae. Made of beeswax, these hexagons are a marvel because they are perfect hexagons, meaning that all six sides are the exact same length. So why do bees build their hives this way? It’s all about efficiency. Hexagons can hold the most amount of honey in the smallest amount of space. Plus, hexagons fit snugly next to each other, leaving no space in between the cells. Every inch of a beehive is built with a purpose!

Honey is an amazing product. Not only does it taste delicious, it has anti-inflammatory and antibacterial properties that make it a healthy food for humans. One of the most fascinating things about honey is that it will never spoil. In fact, it is considered to be the only natural food that does not spoil. Honey has even been found in ancient Egyptian tombs – and it was still good to eat! However, it is important to consider that honey can go bad if it has been stored improperly or if it has been adulterated in some way.

What are Your Favorite Bee Facts?

There are so many interesting facts about bees it can be hard to choose just a few! What are some of your favorite facts about honey bees? Share yours in the comments below.