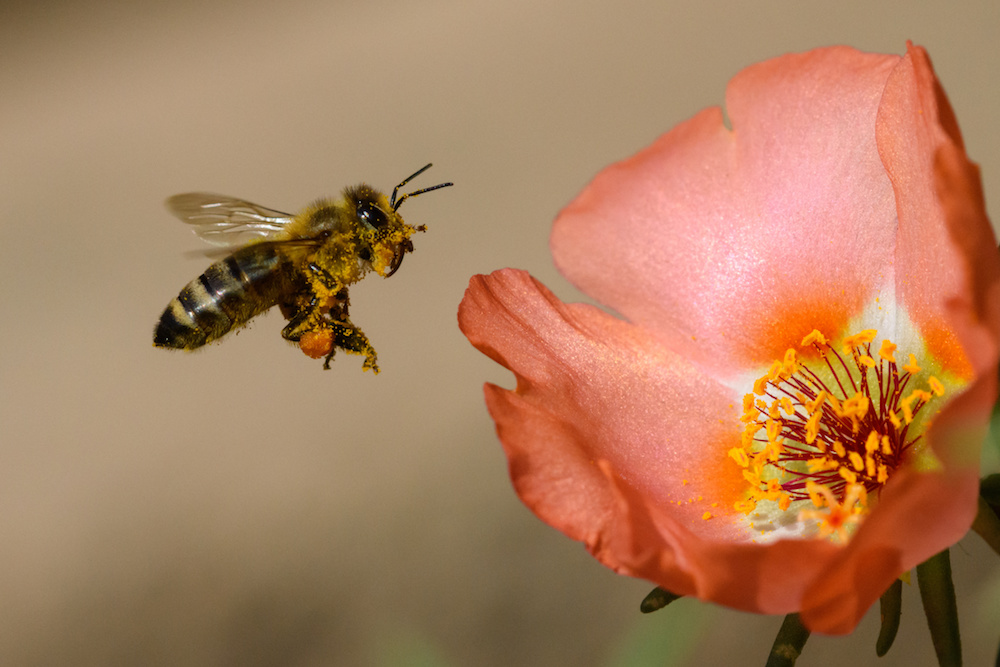 How long do bees live? It might seem like a simple question, but it’s not as straightforward as you might think! The life span of a bee varies a lot depending on several factors. Some of the primary indicators of how long a particular bee will live include:

Even though we can’t give you an exact figure, we can identify the average life span of bees based on some of the factors above. Let’s examine one of the most common types of bee and answer the question, “How long do honey bees live?”

How Long Do Honey Bees Live?

Honey bees are social bees that live in colonies. Colonies operate like well-oiled machines with every bee assigned to a specific role. That’s pretty amazing when you think about how large some colonies can get. Honey bee colonies can reach upwards of 80,000 bees.

There are three roles that a honey bee can have in a hive: queen, worker or drone. As we said earlier, one factor that impacts the life span of a bee is the role they play.

She isn’t called the queen for nothing! If all goes according to plan, a queen bee can live between 3 and 5 years. Since her primary job is to reproduce, she never leaves the hive and remains sheltered from the typical “wear and tear” that the other bees experience. By staying inside the hive, she stays more protected from predators and disease.

Over time, the queen will begin to produce fewer eggs and her pheromones won’t be quite as attractive as they once were. When the other bees sense this change, they will kill off the queen and begin to raise a new one. The chosen larvae will begin their diet of royal jelly until a new queen is crowned.

Most bees in the hive are worker bees. In fact, there are usually around 50,000 to 60,000 workers in a large colony, performing jobs like foraging, defending the hive, caring for the queen and feeding the larvae.

The life span of a worker bee depends on when it was born. Workers born in the spring and summer will live for 6 to 8 weeks. Those born in the fall will live longer, about 4 to 6 months. What accounts for this big difference?

Summer-born worker bees have a lot of work to do right from the start. After working inside the hive for the first few weeks of their lives, worker bees will head outside of the hive, flying from flower to flower to collect pollen and nectar for the rest of the hive. They are also responsible for taking care of the brood. The intensity of the work they do takes a toll on them and, ultimately, is the reason for their rather short lives.

Autumn bee babies, on the other hand, stay inside the hive for the winter. They have no brood to care for and no foraging to accomplish. Their only job is to huddle around the queen to keep her safe and warm. Once spring has sprung, these worker bees will begin their foraging duties.

The drone has the shortest life span of all the honey bees. They live an average of 3 weeks to 3 months. Their brief lives can be explained by examining their role in the hive. Drones have one responsibility – to mate with a queen. Oh, and eat.

During the mating process, the reproductive organs of the drone are torn from their bodies, and they die. The drones that did not mate in the spring and summer months will remain in the hive – but not for long. Once the winter hits, the worker bees will kick the drones out of the hive so they don’t have to be fed. Unable to support themselves, they die.

As you can see, honey bees can live anywhere from 3 weeks to 5 years, depending on their role in the hive. Even though we can estimate the average life span of honey bees, many external factors could end the life of a bee prematurely.

The lives of bees never cease to amaze us!