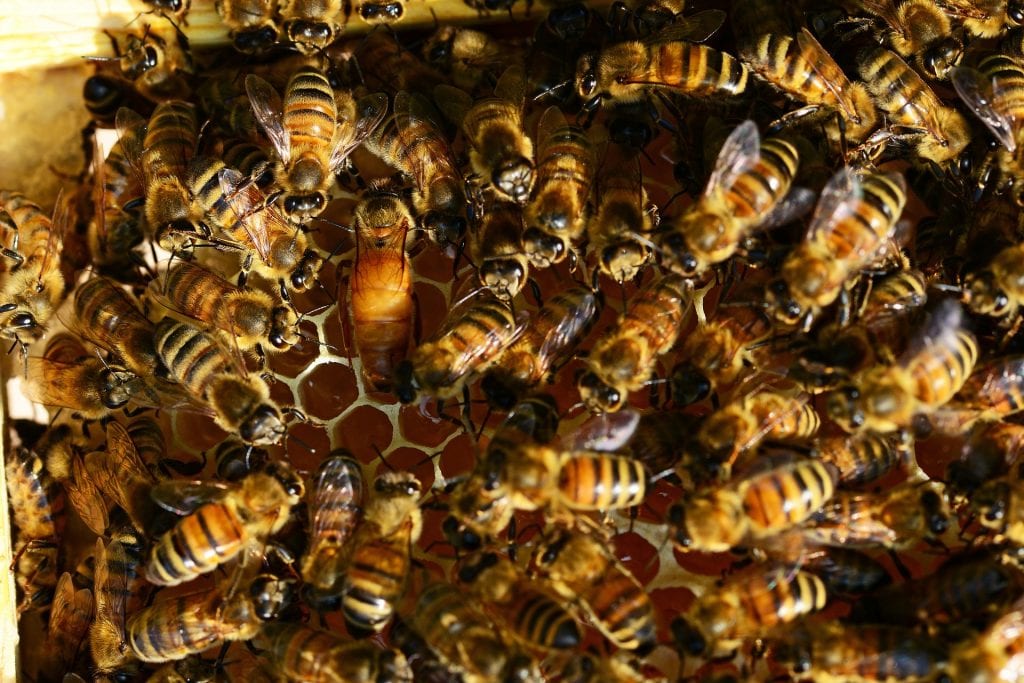 If you’re familiar with pop culture, you may recognize Beyoncé referring to herself as Queen Bey. Even if you’re not familiar with Beyoncé, we can all recognize where she stole her nickname from, that is the Queen Bee, of course.

The beehive is made up of a well organized case system, with the Queen Bee playing the most important role. She is the heart and soul of a honeybee colony. Without the Queen, the colony would not be able to survive.

What Do Queen Bees Do?

In actuality, the duties of the Queen Bee are few but vital. The Queen is the only sexually developed bee in the colony. Therefore, she is the only bee that can lay fertilized eggs.

However, the Queen is nothing without her royal subjects. In order for her to lay eggs – the worker bees must build honeycomb and clean the cells in preparation or she will not be able to lay the eggs. A little bit of a stubborn Queen, huh?

Fun fact, a queen bee is capable of producing up to 1,500 eggs per day AND is the host of her own gender reveal party. Can you believe that? The Queen Bee can determine what sex she wants to have! Worker (female) bees develop from fertilized eggs, Drones (males) develop from unfertilized eggs. The Queen uses sperm stored in her body to fertilize the egg as it moves through her abdomen. OR not, if she wants drones. How cool is that!

A good and strong Queen also gives off pheromones (chemical messengers) that promote stability in the hive and unity in the colony. Workers constantly follow the Queen around to groom her with their antennas. They groom the Queen, themselves and the other bees in proximity. Through this process, pheromones are passed throughout the colony. This pheromone identification process is how bees recognize other members of the hive and allows for protection over the hive as well. If another bee that attempts to enter the hive smells differently, the visiting bee will be met by guard bees (I highly doubt they wear the same hats as the British Royal Guards) who will kindly ask the intruder to leave.

Although the Queen is the heart and soul of her colony, it is important to note that she does not make ALL of the important decisions concerning the hive. As a smart woman should, she seeks help from her loyal and wise counsel.

She’s also a bit of a primadonna. She is not responsible for cleaning, feeding or grooming herself. The Worker Bees, bless their heart, feed the Queen. If not fed, her health suffers (and so does her attitude). She relies on her ‘retinue’ of workers for her every need.

As a Live Bee Removal Company who partners with local Beekeepers, it is important to understand the role of the Queen and her interactions with her Workers and Drones. Understanding their roles, responsibilities and the functionality of the Queen and her help, help us assess the the health of the colony and troubleshoot when issues occur with removal.

We hope you enjoyed our last eat blog post! Please feel free to email us with any pertinent questions regarding Live Bee Removal.

We look forward to the potential of working with you!

Posted in Bee News, Bees and the Environment