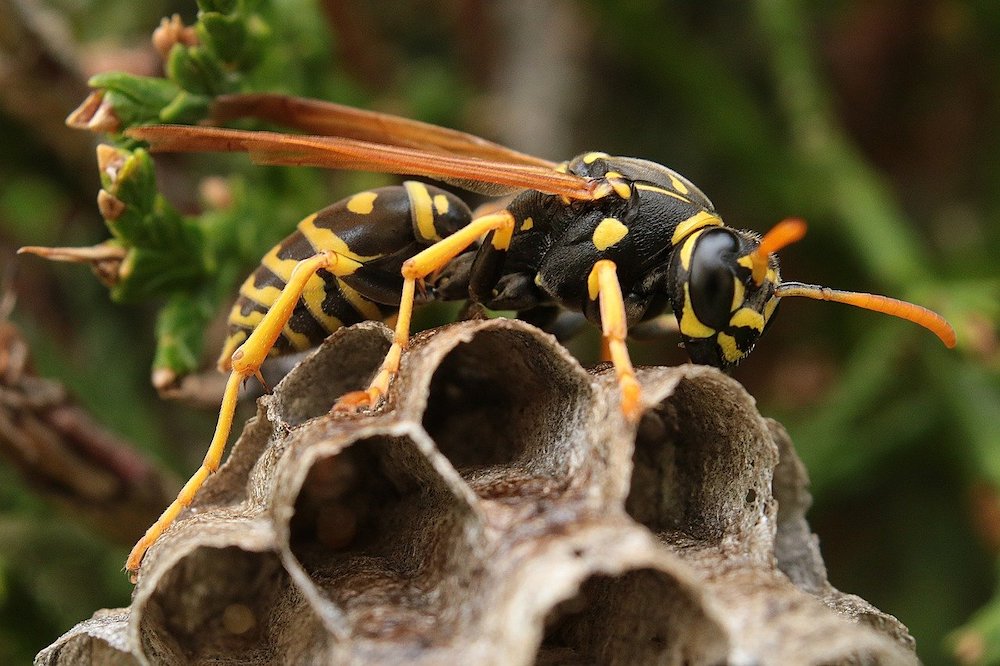 As the experts in San Diego live bee removal, we get tons of calls from concerned citizens who think they have a honeybee infestation, only to find out that they actually have a wasp infestation. We can certainly understand their confusion, since bees and wasps can look very similar in appearance and behavior. However, they each have distinct characteristics that are important to know, since wasps (especially hornets!) can pack a nasty sting!

Having a better understanding of how to identify the differences between bees, yellow jackets and hornets can help you better communicate with your removal expert and keep you and your family safe. Let’s explore some of the differences between these insects so you can feel prepared next time you see a buzzing creature in or around your home.

Bees vs. Yellow Jackets vs. Hornets

Bees: Honeybees are one of the most productive pollinators in existence. They travel from flower to flower collecting nectar and pollen. Pollen sticks to their little bodies and travels with them to the next flower, aiding flowers in their reproductive processes.

Yellow Jackets: A type of wasp, yellow jackets are not pollinators like their bee cousins. However, they still serve an important purpose. Wasps are predators and are responsible for killing and eating many of the harmful insects that can destroy crops. They are mini pest control pros!

Hornets: Hornets are also a type of wasp and share many of the same basic characteristics of the yellow jacket. Hornets are considered to be the most aggressive, but this might not actually be true. Like bees, hornets will typically only attack when they feel threatened. However, their sting can be quite painful and even deadly.

Bees: Your typical honeybee has more of a barrel-shaped body, unlike their wasp friends who have a tapered mid-section. Honeybees have hairy bodies and have a fuzzy, black and yellow appearance.

Yellow Jackets: Typically known for their narrow mid-sections, yellow jackets are hairless with bands of yellow and black stripes. Yellow jackets are usually about ½ inch to ¾ inch in length.

Hornets: Hornets are a type of wasp, so they share some characteristics of the yellow jacket. However, hornets are usually much larger in size, averaging about 1- 1 ½ inches in length. They are also different in color, showing a black and white pattern or a black and orange pattern.

Bees: Honeybees live in large colonies in intricate hives made from honeycomb and beeswax. Bee hives, which can house upwards of 50,000 bees, can be found in homes, eaves of a roof, abandoned vehicles or outdoor furniture or in hollowed-out trees.

Yellow Jackets: Yellow jacket colonies are usually much smaller than honeybees, reaching maximum numbers of about 10,000. Their nests appear gray and papery because wasps chew wood to create a pulp to construct their homes.

Hornets: Because they are wasps, hornet nests look very similar to those of yellow jackets – papery! Hornet nests can be as large as a basketball and can be found in voids in walls, crawl spaces, trees and even in the ground.

Bees: Honeybees are docile creatures who don’t want to bother you – unless you bother them first. When a honeybee feels that their hive or their queen is threatened, they will attack. When a worker bee stings you, they will lose their stinger. This means they can only sting their victim once. For most people, bee stings are slightly painful but not harmful. For others who are allergic to bee venom or those who have experienced many bee stings, they can be lethal.

Yellow Jackets: Unlike bees, wasps like the yellow jacket do not lose their stingers, so they are capable of stinging multiple times. In this way, a wasp attack can be more dangerous than a honeybee attack. Similar to bees, people can be allergic to wasp venom and have serious side effects after a sting that require medical attention.

Hornets: Similar to yellow jackets, hornets are capable of stinging multiple times and their venom can be harmful to humans. However, the primary reason hornet attacks are so dangerous is due to their size. Hornets are large wasps that can release a significant amount of venom into the human body.

What to do if you have an infestation?

If you see signs of any kind of infestation on your property, do not try to handle it yourself. Always call in the professionals to do this difficult and dangerous job. If you aren’t sure what kind of infestation you have, give D-Tek Live Bee Removal a call. We can help you diagnose the problem and remove your honeybee infestation once and for all.