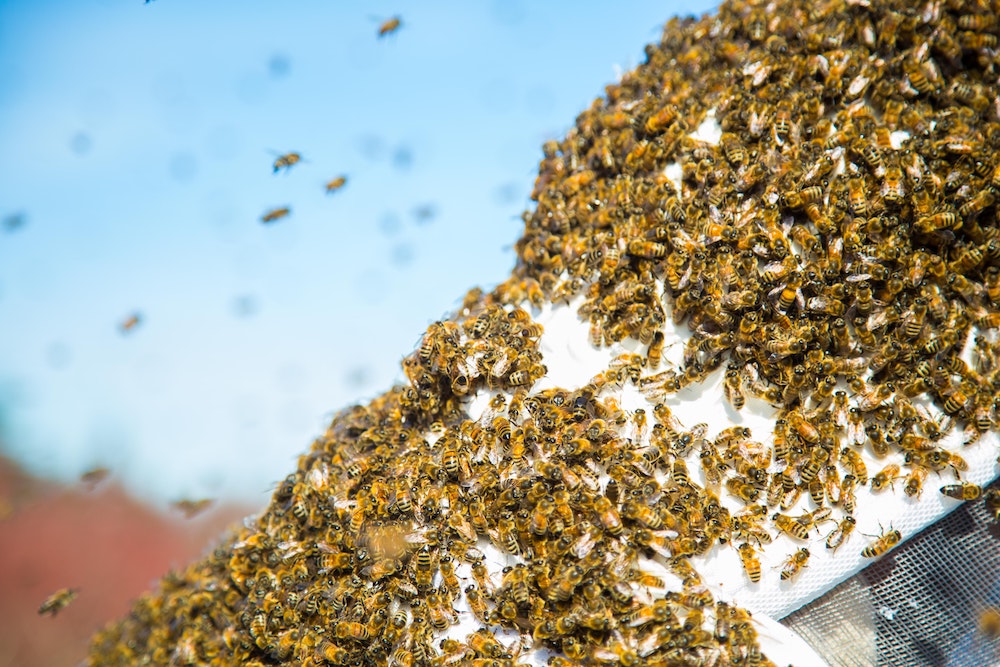 With summer being the most active season for bees in San Diego, fears of bee attacks may begin to rise. Most of the time, however, bees aren’t looking to attack you, and they’ll generally leave you alone. They are merely out looking for a flower to collect nectar or doing their environmental duty as powerful pollinators. As the experts in live bee removal, we know a thing or two about bees. Before we dive into the threat of bee attacks, it’s important to first understand our buzzing insect friends.

Why are bees so important?

A fear of bees is relatively common, but once you understand their importance in our environment, it’s easy to respect and appreciate their presence. Bees are vital to our ecosystem. They not only provide food and resources for many different species, but they also help carry out environmental processes like pollination.

Pollination is the transfer of pollen from one plant to another, which results in allowing the plant to reproduce. This is an incredibly important process as these plants would not be able to reproduce very effectively without pollinators. Without pollination in the wild, flowers and other plants would not survive. Pollination helps crops survive, provides medicines and helps to improve biodiversity. To summarize, we want bees to stick around.

What you need to know about bee behavior

Bees are very defensive in nature, so when you come into contact with a bee, their response will most likely depend on you. Most of the time if they’re buzzing around you, they are examining you to see if you are something of use to them, like a flower. Once they realize they can’t extract nectar, they’ll typically leave you alone.

In this situation, it’s best not to try to swat the bee, since that will set off the bee’s defensive mechanism. Once the bee feels threatened, she’ll be on the attack, and you’ll likely get an unpleasant sting. And, you’d better hope that you’re not near a hive. If other bees are nearby, you may have a few friends come to their sister’s aid and join in on the attack. That is when a full-blown bee attack can turn harmful.

How dangerous are bee attacks?

A few bee stings will generally be alright for a person who doesn’t have an allergy. In fact, a person can actually survive an attack with hundreds or even thousands of bee stings. Each individual can react differently to bee venom, so the level of danger can vary in a bee attack. But, generally speaking, it’s definitely best to avoid being stung by swarms of bees.

The best way to avoid a bee attack is to avoid disturbing a nest or hive. Bees attack primarily in defense of their colony. So, if you’re tempted to try to remove a hive yourself, whether on a tree on your property or lodged somewhere in your house itself, don’t. Call the experts at D-Tek Live Bee Removal to take care of it safely and effectively. When a beehive is disturbed, bees may begin to pour from the hive and look for the nearest threat, and when they spot you, they’ll laser in for the attack.

Bee swarms can contain hundreds or thousands of bees, simultaneously attacking the suspected threat. If you do encounter a bee swarm, run immediately in a straight line and do not stop. Bees fly at a speed of about 15 miles per hour, so it is possible to outrun them. But, they are determined. Bees have been known to chase their targets for a distance but will usually give up after about 1,000 feet. In 2016, a swarm of bees chased a car for two days since they thought their queen was trapped inside.

The determination doesn’t stop on land either. It’s a common misconception that victims should jump into the water when being attacked by bees. While they may not dive under the surface after you, the bees will hover above the water, waiting for you to emerge. Eventually, when you need to come up for air, your face and head will be first out of the water for them to sting.

If you experience a bee attack, immediately seek an enclosed shelter, whether your car, home or other building. Be sure to find a place that can be securely shut where the bees cannot enter. Do not stand still and swat at the bees, as this will only leave you vulnerable to more bee stings. Continue running in a straight line away from the swarm if you’re unable to find shelter immediately.

Although bee swarms can be dangerous when on the attack, understanding bee behavior — and how you should behave when encountering a bee — can help protect you from an attack. With this knowledge in your arsenal, you and your buzzing friends can stay in harmony all summer long.

If you do encounter a hive and need assistance, call D-Tek Live Bee Removal for our expertise in San Diego live bee removal, bee proofing and bee removal repairs.