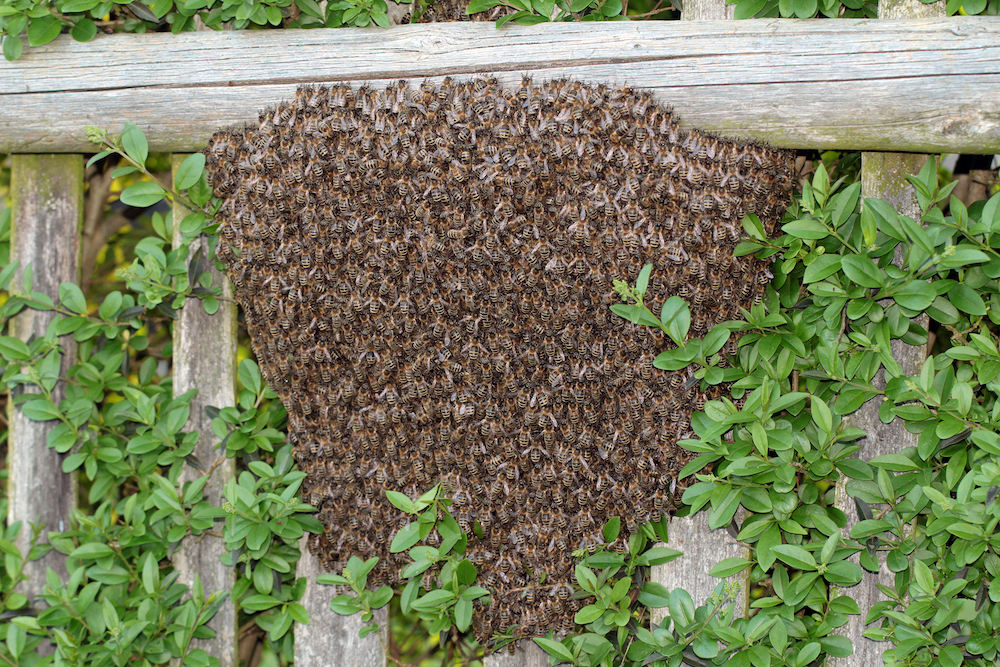 While most of the country follows stay-in-place orders to combat COVID-19, you may not have noticed that it’s spring. March 19th marked the first day of the spring season, and you know what that means – we are getting ever closer to the emergence of honeybees.

The warmer weather initiates a few important changes in nature and inside the hive. Blooming flowers mean new supplies of nectar and pollen are emerging. And after a cold winter, honeybees are starting to prepare to go back to work. So, what exactly is going on in the hive during the colder months?

Bees in the Winter: All About Survival

As the temperatures drop, bees need to focus on tasks that will keep them alive through the winter. The first order of business: get rid of the drones. The primary purpose of drones is to mate. After they mate, they don’t add much value to the hive. All they do is take up space and valuable resources. As the nectar resources start to diminish in the fall and winter, worker bees will begin to forcibly remove the drones from the hive, kicking them to the curb and leaving them to die.

So rude! Although that might sound harsh, without the drones, the hive preserves valuable honey stores that they need to survive the season.

The next order of business is to stay warm! The bees huddle together to insulate each other inside a cluster. Depending on the climate inside the hive, the bee cluster will expand and contract to adjust the temperature.

The queen bee lives in the middle of the cluster. Colonies that worked hard during the summer and collected vast stores of pollen and nectar may begin to feed the queen to prepare her for her egg-laying duties. In fact, in some colonies and warmer parts of the world, the queen can continue to lay eggs throughout the winter.

Bees in the Spring: Time to Get Busy!

The springtime means that bees must start to perform several vital functions:

At this point, there are no (or very few) drones in the hive. Some older worker bees may have died over the winter. Now is the time to expand the population of the colony! Egg production ramps up during this time, significantly increasing the numbers in just a few short weeks. The queen will start to produce more drones in preparation for the natural division of the colony that is about to happen. More on this later!

Adult worker bees get to work right away, replenishing the colony’s food supplies. Their supplies for the winter are undoubtedly low at this point, and the queen has already started to produce new eggs. Food is needed to support the brood-rearing efforts as well as to sustain the growing colony as a whole. In addition to nectar and pollen, worker bees gather water to aid in regulating the temperature inside the hive. The water is also used to soften and liquefy hardened honey to feed the developing brood.

With all of the activity going on inside the hive, things are starting to get a little crowded. More drones and adult bees means that the colony is beginning to outgrow the hive. Bees sense the change, and begin to prepare for the division of the colony. The queen produces more drones, and the worker bees prepare to rear a new queen bee. A few special larvae start eating a diet of royal jelly, which will help them develop into potential queen bees.

Once the new queen is ready to emerge, the old queen and about half of her colony will leave the hive and swarm. The swarm will typically form in a cluster on a tree limb and will stay there for a few hours to a few days. During this time, scout bees are searching for a new home. When they find the perfect place, the swarm will move to the new location and begin settling in: building honeycomb, rearing their young and gathering nectar and pollen.

What’s the Difference Between Swarming and Bearding?

Swarms and Colonies: What’s the Difference?