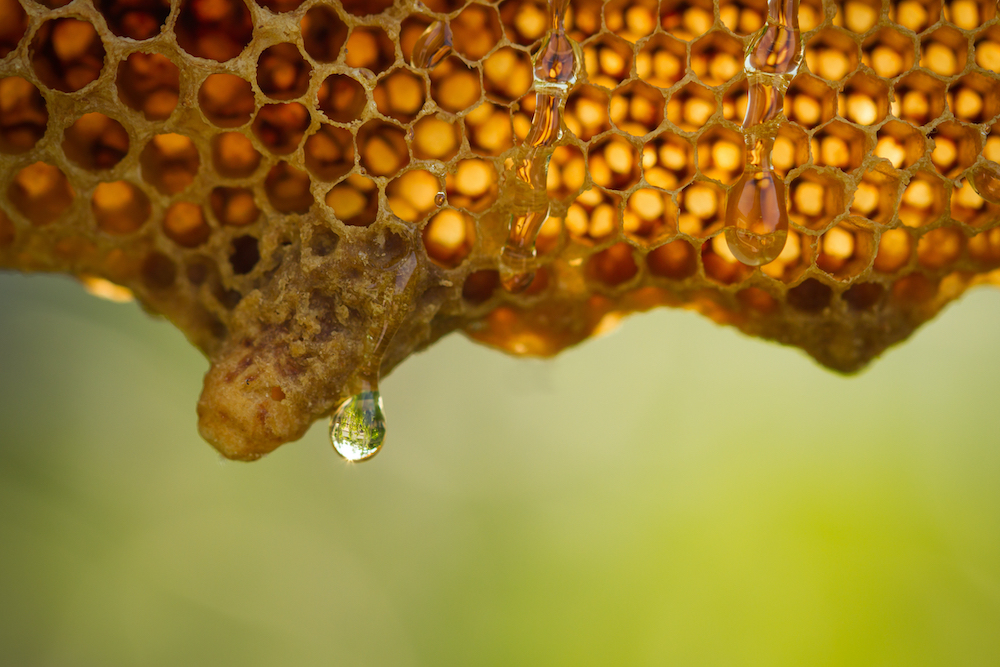 Although most of us don’t get an up close and personal look at the inside of a beehive, we know that an awful lot goes on inside those tiny cells. Thousands of honey bees work in unison for the survival of the colony. Each of them have a very specific job that must be done so that others can do their jobs. Workers, queens and drones all do their parts to make a colony successful – and it all starts in a small beehive cell.

What exactly goes down inside one of these cells? How are they made? Let’s explore the inner workings of a beehive; specifically, one tiny cell.

Why are cells in the shape of a hexagon?

The hexagonal shape of a beehive cell is well known. But, have you ever taken some time to study why they are created this way? The 6-sided nature of the cell serves several purposes. For one, a hexagon is very strong. Connected hexagons create a rigid structure that gives the hive strength and the ability to support the amount of activity that takes place within its walls.

Hexagons can also be connected in such a way so that there aren’t any gaps, allowing the bees to build a strong yet compact structure. By building with this shape, honey bees can expand their hive most efficiently.

Finally, hexagons are the perfect shape to house the essential functions that must occur inside the cells. Why? They provide the right amount of space for honey and the developing brood, while requiring the least amount of energy from the busy worker bees.

What are cells made of?

The cells of a beehive are made from a substance called beeswax. The wax is made of fatty acids and alcohols, creating a flexible building block for building the cells. Worker bees have special glands on their abdomens that produce wax scales. The scales are passed to other worker bees and used to build the intricate honeycomb we know and love.

What happens inside a beehive cell?

The primary use for a beehive cell is to house and raise the brood. As you may know, the queen bee will lay about 2,000 eggs in a given day during the busy season. Each of these eggs needs a place to live during its development phase. The queen will lay an egg inside a cell and decide if it will be fertilized (a future worker bee) or unfertilized (a drone bee).

After about three days, the egg will continue to the next phase of its life. The larva stage is where the majority of growth will occur. In the beginning, the cell is uncapped, meaning that the cell is open to the rest of the hive. During this time, the adult worker bees will stop by each cell to feed the larva, usually hundreds of times in a given day. Cells are then capped with more beeswax to give the larva a chance to develop into a pupa. In this stage, the developing bee will build a cocoon around itself and start displaying some signature bee characteristics.

Once the bee has completed its growth cycle, he or she will emerge from the cell and begin to contribute to their new colony. But, the cell is not done yet. Janitor bees will clean up the cell so it is ready to be used for another purpose. Cells that are not being used to raise the brood are used for storage. Honey can be packed into the tiny cells to be used during the winter months.

While this article just touches on the many fascinating aspects of a honey bee cell, hopefully you get the picture that a cell is a remarkable architectural feat! Honey bees build these perfect structures to sustain life so their colony can survive and thrive.

If you find a honey bee hive on your property, do not attempt to destroy it. Instead, call in a professional live bee removal company like D-Tek Live Bee Removal to safely and humanely take care of your bee infestation. Give us a call today for a consultation!