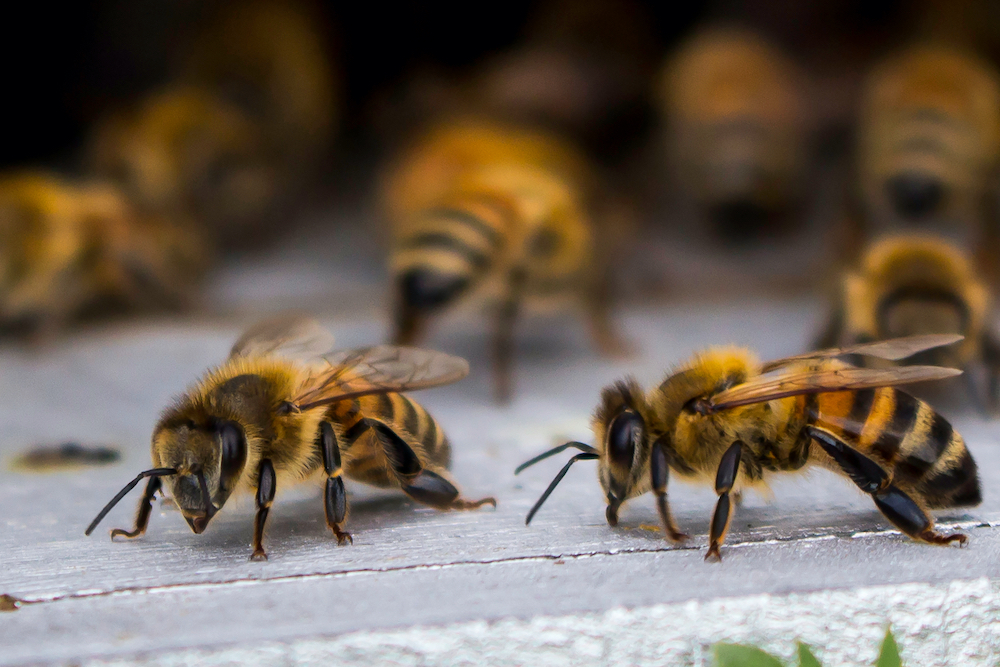 Out of all the bees in a colony, the drone often gets the least respect. Queen bees and workers attract a lot of attention due to their roles in the hive. Plus, they both get frequent mentions in pop culture and common English phrases.

However, let’s not discount the drone quite yet. Although they don’t get as much attention as their sisters, drones play a vital role in the colony. They are not merely lazy, resource-grubbing bees that take advantage of the hard work of their counterparts. Drones play a critical role in reproduction and ensure genetic diversity, a signifier of a happy, healthy hive.

Summary of the Drone

Drones are the male bees in a hive. Their primary focus during their lives is to mate with a queen. In the spring and summer, they will venture from the hive to locations known as Drone Congregation Areas where they wait for a queen to fly through. If she does, hordes of drones will descend upon her with the hopes of being the lucky one she chooses to mate with. About 10-20 drones will mate with a queen on a mating flight, so their chances are pretty slim.

However, the fact that queens do not mate with just one type of drone or a drone from a specific colony means that she is able to collect a variety of sperm. This is a good thing because it means that her offspring will have diversity and be better equipped to fight disease.

Anatomy of a Drone

Drones tend to be on the larger size. Although similar in weight to the queen, a drone is typically more stout. He will have a thicker abdomen, with a more square-shaped body and a rounder head.

Drones also have larger eyes and wings. While it is not known for certain, it is thought that these features are meant to help them be more effective during mating. Large eyes and wings can be valuable tools for finding and navigating to a queen.

The Life of a Drone

The queen does not randomly decide if an egg will become a worker or a drone. She makes her decisions based on the needs of the hive and the size of the available cells. Once the unfertilized egg is laid inside the cell, it will move to the larva stage, where it will be cared for by adult worker bees. The larva will be fed a diet of royal jelly for the first few days, followed by a substance known as bee bread (a pollen and honey mixture.) A drone takes about 24 days to hatch into a full grown drone bee.

Drones are primarily responsible for mating with a queen bee and contributing his genetic material to future bees, enhancing the genetic makeup of a colony. Other than that, drones don’t hold too many household jobs. They don’t forage, clean or feed. However, they have been known to help with ventilation when the temperatures in the hive get too hot. They do this by flapping their wings.

The End of Life of a Drone

The end of a drone’s life can be rather pitiful. During mating, the body part that releases semen (called an endophallus) is torn from the body, causing the death of the drone very soon after.

For those drones who have not mated, they don’t fare much better. In the fall, resources inside the hive become scarcer as the weather changes and the foragers return with fewer resources. The worker bees have to get serious about who stays and who goes. And, you guessed it, drones don’t really contribute much anymore. All they do is eat and take up space. Eventually, the workers will evict the drones from the hive, quite literally kicking them to the curb to freeze or starve to death.

While it might sound harsh, the workers need to do whatever it takes to keep the rest of the hive sustainable throughout the winter. And since drones don’t contribute much, they must be the first to go.

If you’d like to learn more about the inhabitants of a beehive, check out these articles from the D-Tek Live Bee Removal Bee Blog:

Are worker bees the busiest bees?

Who’s who in a honey bee colony?

Your most buzzing questions about the queen bee answered

What makes a beehive?